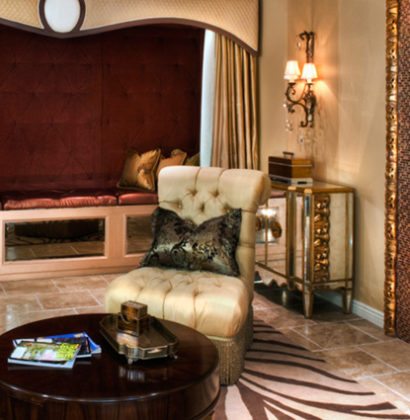 This project represents the quintessential young and hip Hollywood artist. This particular client desired bold jewel tone colors, yet the home needed to remain livable and functional for a large family.
View Project 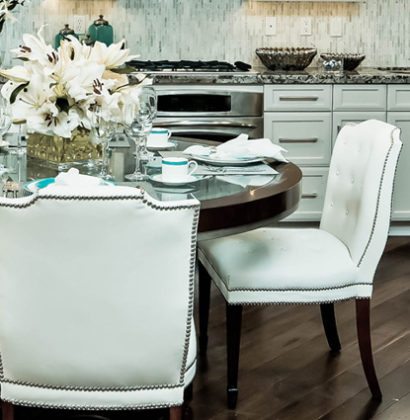 One of Charles’ first competition shows on HGTV, he made some very avant garde choices in the design which earned him the title of Showhouse Showdown champion.
View Project 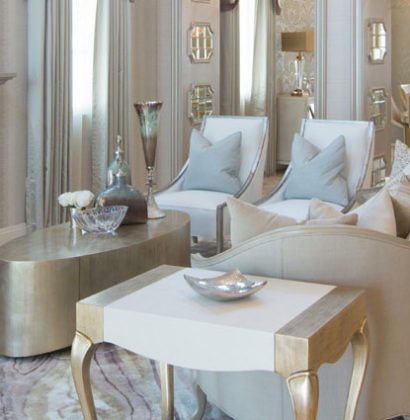 Charles Neal is an award-winning global interior designer based in Miami, and Atlanta. His unique design approach blends baroque modern décor with luxurious silhouettes which have landed him many accolades throughout his career.

Charles’ charisma, wit, and charm is as delightful as his creations, for he has appeared on numerous television shows such as HGTV’s Showhouse Showdown, Design Wars, Prince of Design, NBC’s Open House and Celebrity Holiday Homes.

Watch this short video that allows you to meet him in a more personal way.

I hired Charles to complete a complete renovation of a new construction (builder grade) high end condo in Los Angeles and Miami. He was the consummate professional, on time, on point, under-promising and FAR over-delivering. He is patient and accommodating, adapted his tastes to meet with mine, and completed everything he promised with flexibility and grace. I would highly recommend his services.

Charles is beyond words gifted at what he does.. I approach him with something that had never been done before with a brand new semi of mine.. He was able to adapt to a new challenge like if he had been doing it all his life and the finished product was well beyond my expectations ..He will definitely be the designer for my two new homes in Miami and new office in Tampa!!

Charles is one of the best pros in the interior design field with both modern and glamorous ideas he presents in the design world. I had the pleasure to see his projects and I’m extremely excited to have our new home designed by him. He cares about what he does and his custom designed decorations and furniture are really amazing and flawless. I’m confident that Charles will bring uniqueness and warmth to our home.

Charles is simply awesome. He is extremely professional and very talented. He helped us with our house while it was under construction and he was a blessing. He has great ideas and knows how to execute them.

Charles completed design for the interior of my 10,000 square foot home in Paradise Valley, AZ. He created our dream home. He is a pleasure to work with and comes highly recommended.

I used Charles Neal to design the interior of my home. Charles and his staff were very informative and helped me to create my dream home!!!!

I highly recommend Charles Neal Interiors. I have worked with other design teams and was the most impressed with Charles Neal. His design was amazing. The installation was in a timely manner. I am over the moon every time i walk into my living room.

Charles is very professional and easy to work with. He listens and make adjustment according to what works best and meet our needs.

Charles Neal is the best when it comes to interior design. They did a wonderful job. Way better than I imagined with the budget given. They are so easy and fun to work with. If you want a beautiful and unique interior, you must hire Charles Neal!

Charles Neal Designs has exceptional vision and designs, with a sharp and dramatic fusion of glamour and elegance and fun.

Charles Neal Interiors designed my entire home. I would never use anyone else. He is simply amazing with a truly unique talent and vision. I am thrilled with his design and am hoping to use him in the future for other projects. I would highly recommend CNI to anyone.

I hired Charles Neal Interiors to help me build my dream home from the ground up. He was very professional and created a stunning design. I am very happy with the outcome and would definitely hire him again.
His design capability and execution has been very professional and extremely outstanding.

When Charles found himself needing to create so many custom furniture pieces to fulfill his interior design visions, he recognized a need in the marketplace. This led to him teaming up with Caracole for three signature lines, Everly and Adela, available worldwide.